If two parties have some sort of dealings, then each has a memory of their interaction. Each party can speak about their own memory of this; how could anyone prevent it? One could pass laws against it, but the freedom of speech, even more than privacy, is fundamental to an open society; we seek not to restrict any speech at all. If many parties speak together in the same forum, each can speak to all the others and aggregate together knowledge about individuals and other parties. The power of electronic communications has enabled such group speech, and it will not go away merely because we might want it to.

Since we desire privacy, we must ensure that each party to a transaction have knowledge only of that which is directly necessary for that transaction. Since any information can be spoken of, we must ensure that we reveal as little as possible. In most cases personal identity is not salient. When I purchase a magazine at a store and hand cash to the clerk, there is no need to know who I am. When I ask my electronic mail provider to send and receive messages, my provider need not know to whom I am speaking or what I am saying or what others are saying to me; my provider only need know how to get the message there and how much I owe them in fees. When my identity is revealed by the underlying mechanism of the transaction, I have no privacy. I cannot here selectively reveal myself; I must always reveal myself.

Privacy in an open society also requires cryptography. If I say something, I want it heard only by those for whom I intend it. If the content of my speech is available to the world, I have no privacy. To encrypt is to indicate the desire for privacy, and to encrypt with weak cryptography is to indicate not too much desire for privacy. Furthermore, to reveal one’s identity with assurance when the default is anonymity requires the cryptographic signature.

We cannot expect governments, corporations, or other large, faceless organizations to grant us privacy out of their beneficence. It is to their advantage to speak of us, and we should expect that they will speak. To try to prevent their speech is to fight against the realities of information. Information does not just want to be free, it longs to be free. Information expands to fill the available storage space. Information is Rumor’s younger, stronger cousin; Information is fleeter of foot, has more eyes, knows more, and understands less than Rumor.

We must defend our own privacy if we expect to have any. We must come together and create systems which allow anonymous transactions to take place. People have been defending their own privacy for centuries with whispers, darkness, envelopes, closed doors, secret handshakes, and couriers. The technologies of the past did not allow for strong privacy, but electronic technologies do.

We the Cypherpunks are dedicated to building anonymous systems. We are defending our privacy with cryptography, with anonymous mail forwarding systems, with digital signatures, and with electronic money.

Cypherpunks write code. We know that someone has to write software to defend privacy, and since we can’t get privacy unless we all do, we’re going to write it. We publish our code so that our fellow Cypherpunks may practice and play with it. Our code is free for all to use, worldwide. We don’t much care if you don’t approve of the software we write. We know that software can’t be destroyed and that a widely dispersed system can’t be shut down.

Cypherpunks deplore regulations on cryptography, for encryption is fundamentally a private act. The act of encryption, in fact, removes information from the public realm. Even laws against cryptography reach only so far as a nation’s border and the arm of its violence. Cryptography will ineluctably spread over the whole globe, and with it the anonymous transactions systems that it makes possible.

For privacy to be widespread it must be part of a social contract. People must come and together deploy these systems for the common good. Privacy only extends so far as the cooperation of one’s fellows in society. We the Cypherpunks seek your questions and your concerns and hope we may engage you so that we do not deceive ourselves. We will not, however, be moved out of our course because some may disagree with our goals.

The Cypherpunks are actively engaged in making the networks safer for privacy. Let us proceed together apace.

A Declaration of the Independence of Cyberspace

Governments of the Industrial World, you weary giants of flesh and steel, I come from Cyberspace, the new home of Mind. On behalf of the future, I ask you of the past to leave us alone. You are not welcome among us. You have no sovereignty where we gather.

We have no elected government, nor are we likely to have one, so I address you with no greater authority than that with which liberty itself always speaks. I declare the global social space we are building to be naturally independent of the tyrannies you seek to impose on us. You have no moral right to rule us nor do you possess any methods of enforcement we have true reason to fear.

Governments derive their just powers from the consent of the governed. You have neither solicited nor received ours. We did not invite you. You do not know us, nor do you know our world. Cyberspace does not lie within your borders. Do not think that you can build it, as though it were a public construction project. You cannot. It is an act of nature and it grows itself through our collective actions.

You have not engaged in our great and gathering conversation, nor did you create the wealth of our marketplaces. You do not know our culture, our ethics, or the unwritten codes that already provide our society more order than could be obtained by any of your impositions.

You claim there are problems among us that you need to solve. You use this claim as an excuse to invade our precincts. Many of these problems don’t exist. Where there are real conflicts, where there are wrongs, we will identify them and address them by our means. We are forming our own Social Contract. This governance will arise according to the conditions of our world, not yours. Our world is different.

Cyberspace consists of transactions, relationships, and thought itself, arrayed like a standing wave in the web of our communications. Ours is a world that is both everywhere and nowhere, but it is not where bodies live.

We are creating a world that all may enter without privilege or prejudice accorded by race, economic power, military force, or station of birth.

We are creating a world where anyone, anywhere may express his or her beliefs, no matter how singular, without fear of being coerced into silence or conformity.

Your legal concepts of property, expression, identity, movement, and context do not apply to us. They are all based on matter, and there is no matter here.

Our identities have no bodies, so, unlike you, we cannot obtain order by physical coercion. We believe that from ethics, enlightened self-interest, and the commonweal, our governance will emerge. Our identities may be distributed across many of your jurisdictions. The only law that all our constituent cultures would generally recognize is the Golden Rule. We hope we will be able to build our particular solutions on that basis. But we cannot accept the solutions you are attempting to impose.

In the United States, you have today created a law, the Telecommunications Reform Act, which repudiates your own Constitution and insults the dreams of Jefferson, Washington, Mill, Madison, DeToqueville, and Brandeis. These dreams must now be born anew in us.

You are terrified of your own children, since they are natives in a world where you will always be immigrants. Because you fear them, you entrust your bureaucracies with the parental responsibilities you are too cowardly to confront yourselves. In our world, all the sentiments and expressions of humanity, from the debasing to the angelic, are parts of a seamless whole, the global conversation of bits. We cannot separate the air that chokes from the air upon which wings beat.

In China, Germany, France, Russia, Singapore, Italy and the United States, you are trying to ward off the virus of liberty by erecting guard posts at the frontiers of Cyberspace. These may keep out the contagion for a small time, but they will not work in a world that will soon be blanketed in bit-bearing media.

Your increasingly obsolete information industries would perpetuate themselves by proposing laws, in America and elsewhere, that claim to own speech itself throughout the world. These laws would declare ideas to be another industrial product, no more noble than pig iron. In our world, whatever the human mind may create can be reproduced and distributed infinitely at no cost. The global conveyance of thought no longer requires your factories to accomplish.

These increasingly hostile and colonial measures place us in the same position as those previous lovers of freedom and self-determination who had to reject the authorities of distant, uninformed powers. We must declare our virtual selves immune to your sovereignty, even as we continue to consent to your rule over our bodies. We will spread ourselves across the Planet so that no one can arrest our thoughts.

We will create a civilization of the Mind in Cyberspace. May it be more humane and fair than the world your governments have made before. 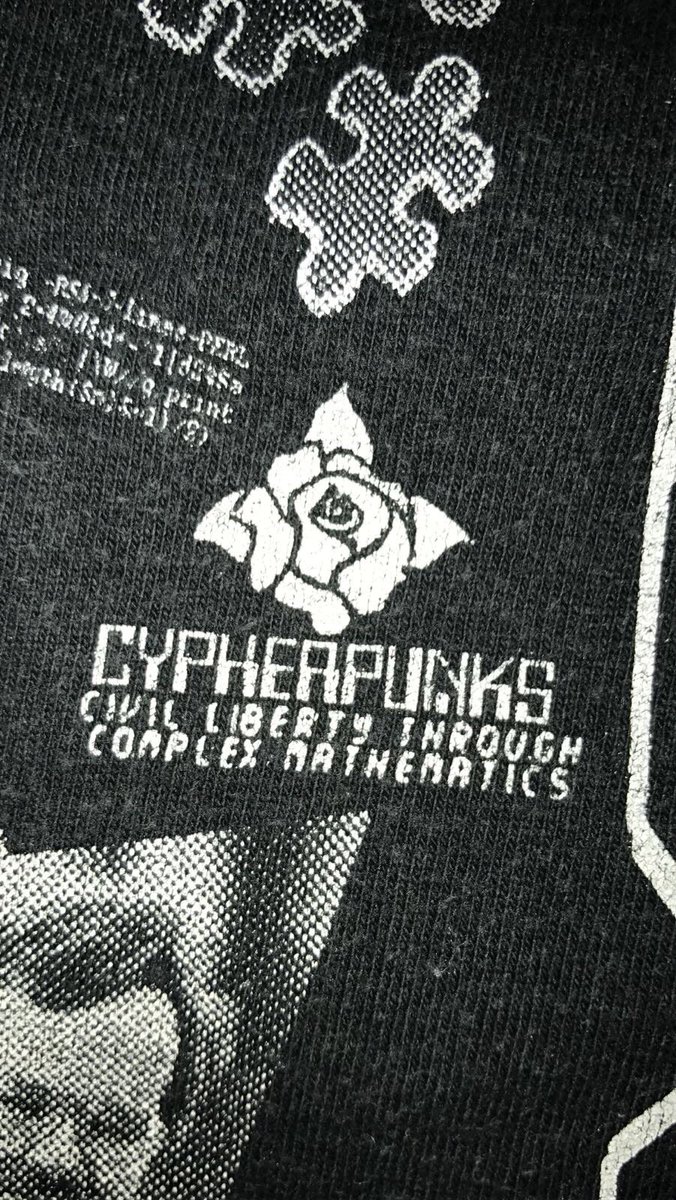